I want smell your codfish, Mary
No words… este deve ser militante do Chega!
@flighttrainingschool Turbulence😮Vid @funnychunny808, pilot @adamtopgunogilvie 👏 Join our flight school, @flighttrainingschool in Miami if you are an international FAA CPL holder, would like to build up to 1500 hours and join US regional airline! To get more information message us now @flighttrainingschool!
@isa__m_ Lisbon and Fado 🚋❤️🇵🇹
@toroschmitz16 Great shot of our takeoff. This is a view the public normally doesn’t get to see.
@technofraternity Do you dance? 🕺 - [Tag Your Dance Buddy]
@combat_learjet So much respect for this type of work!!
Source & Credits: @lookatthisrussian #russia #lookatthisrussian #pirescoxecity
Aprendam com quem sabe,
CS-PHG 🇵🇹 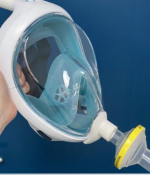 Safran has adapted the Easybreath Subea snorkeling mask from sports retailer Decathlon to protect medical personnel from airborne droplets that could transmit the coronavirus, in conjunction with the engineering firm Segula Technologies and with support from the French Armed Forces Biomedical Research Institute (IRBA). Safran and Segula Technologies are offering open access to the files… Read More ›

On December 13, 2016, after the NYSE closing, HEICO Corporation (NYSE:HEI.A) (NYSE:HEI) will release its financial results for the fourth quarter ended October 31, 2016.  The earnings release will be available through the Internet on the Company’s web site at http://www.heico.com. In order to assist interested parties in scheduling their participation in HEICO teleconferences, the… Read More ›

– Army Fixed-Wing Flight Training Program to begin by first quarter calendar 2017- The Interservice/Industry Training, Simulation and Education Conference (I/ITSEC), the world’s largest military simulation and training event, CAE announced that it has completed construction and received the occupancy certificate for its new Dothan Training Center. Over the next two months, CAE and subcontractor… Read More ›

Pioneering industrial agreement in the Spanish space sector, with a commitment by the two companies to make a joint investment. The engineering and technology group SENER and Thales Alenia Space start effectively their pioneering agreement to execute a joint business plan that will lead the Spanish industry in the development of optical payloads for space… Read More ›