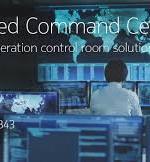 Ventora Development Sasu (“Ventora”), a company affiliated with Mr Dan Gertler, has today served in the Democratic Republic of the Congo (“DRC”) freezing orders against Mutanda Mining Sarl (“Mutanda”) and Kamoto Copper Company (“KCC”), subsidiaries of Glencore Plc, for approximately $695 million and US$2.28 billion respectively. Ventora alleges that Mutanda has breached an agreement with… Read More ›

After the Formula E, TAG Heuer has become the Official Partner of the Giro E: The Tour of Italy by electric bike. A new turn for TAG Heuer… and for clean energy. The Giro E, a 100% electric Grand Tour Four days after the start of the Tour of Italy a brand new race–the Giro d’Italia–is… Read More ›

American Airlines raised more than $1 million for the Cystic Fibrosis Foundation at the 33rd Annual American Airlines Celebrity Ski weekend. Guests were joined by more than 20 celebrities – including Lenny Clarke, Louis van Amstel and Andre Reed – on the snowy slopes of Beaver Creek, Colorado. Funds will go directly to support the… Read More ›

The purpose of the conference is to provide a forum for PEGASUS Students (i.e., students enrolled for a degree programme of PEGASUS institutions) and aerospace students of other European Universities to present technical papers in public competition for 1st, 2nd, and 3rd place prizes in the graduate (masters candidates only) category. The conference serves to… Read More ›

American Airlines raised more than $1 million for the Cystic Fibrosis Foundation at the 33rd Annual American Airlines Celebrity Ski weekend. Guests were joined by more than 20 celebrities – including Lenny Clarke, Louis van Amstel and Andre Reed – on the snowy slopes of Beaver Creek, Colorado. Funds will go directly to support the… Read More ›

– World’s best-selling jetliner reaches new milestone fueled by strong market demand. Thousands of Boeing (NYSE: BA) employees gathered at the company’s Renton, Wash. factory today to celebrate the 10,000th 737 to come off the production line. With this airplane, a 737 MAX 8 for Southwest Airlines, the 737 has broken the GUINNESS WORLD RECORDS title for… Read More ›

Spirit AeroSystems President and CEO Tom Gentile has been selected as the 2018 Aviation Week Grand Laureate Award winner for Commercial Aerospace Leadership. he panel of judges recently recognized Gentile for “leading the turnaround of the aerospace industry’s leading aerostructures provider and securing a long-term master contract with Boeing.”  The award was presented last night… Read More ›

The importance of the Arabian Gulf has been increasing steadily over the last two decades. Strategically located between the West and the East, the GCC aviation industry has shown impressive and consistent growth rates while outperforming most other regional markets around the globe. Supported by the constant increase in global aviation markets along with the… Read More ›

Lockheed Martin (NYSE: LMT) will announce today a $1 million grant to Metropolitan State University of Denver during the inauguration of the school’s new Aerospace and Engineering Sciences Building. The grant and work there will shape the workforce of the future in manufacturing affordable, capable, innovative spacecraft. The funds, distributed over four years, establish an on-campus Lockheed Martin Additive Manufacturing Laboratory,… Read More ›

Honeywell (NYSE: HON) today announced that 320 students from 45 countries and 27 U.S. states and territories will attend the Honeywell Leadership Challenge Academy this year. As part of the leadership program, Honeywell will host students for two consecutive, weeklong programs, Feb. 25 through March 10, 2017, at the U.S. Space & Rocket Center (USSRC)… Read More ›

Honeywell (NYSE: HON) has been selected by India‘s Jet Airways to provide its GoDirect Fuel Efficiency software, a part of the GoDirect Flight Services family of Connected Aircraft technologies, to reduce fuel use and costs for the airline. The offering provides a full range of data analysis, reporting and monitoring tools for enhanced fuel conservation…. Read More ›

Norwegian has one of the newest and greenest fleets in the world. High fuel-efficiency is not only good for the environment, but also for your wallet. Norwegian’s fleet consists of around 120 aircraft including Boeing 737-800s for its short-haul operation and Boeing 787 Dreamliners for its long-haul operation. With an average fleet age of just 3.6… Read More ›

By Anthony Black The New England Patriots completed a record comeback to defeat the Atlanta Falcons and capture Super Bowl LI Sunday night. The win gave the Patriots their fifth league title. For Delta, the Official Airline of Champions, the victory meant the airline has now carried the eventual NFL champion in six of the past… Read More ›

OGMA will participate in the Aerospace Meetings

OGMA will participate in the Aerospace Meetings taking place in Lisbon, on 1 and 2 February. Aerospace Meetings Lisbon is one of the most important international business meetings for the aerospace industry in Portugal. Related articles Why Portugal could be key to helping India strike trade, security deals from South America to Africa Big Ups… Read More ›

New release of 3D strategy game in partnership by KLM and All 4 Games. KLM Royal Dutch Airlines and All 4 Games have connected to produce an overhaul of the strategic airline management game Aviation Empire, which invites players to conquer the world by using their business instincts. The introduction of Aviation Empire Platinum is… Read More ›