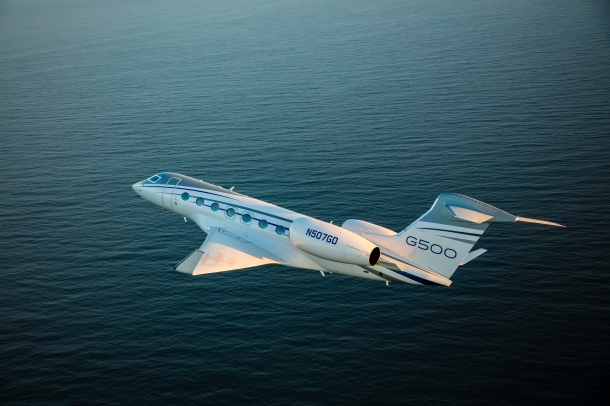 Gulfstream Aerospace Corp. today announced it has delivered more than 25 Gulfstream G500TM aircraft to customers just over a year after the aircraft entered service. The aircraft’s first delivery to a Brazilian customer has also taken place.

“When the first all-new G500 was delivered last September, we knew customers were receiving a mature aircraft backed by Gulfstream’s record of delivering on its promises,” said Mark Burns, president, Gulfstream. “Thanks to the research and development behind the G500, one of the most rigorous and robust flight-test regimens we’ve ever undertaken, and Gulfstream’s advanced manufacturing, we are getting these amazing aircraft to customers with proven performance capabilities.”

When the G500 took its first flight, the aircraft had already completed tens of thousands of hours of ground testing in Gulfstream’s Research and Development Center. During the flight-test program, the aircraft flew more than 5,000 hours over more than 1,400 flights. Before certification, the G500 completed a world tour of nearly 130,000 nautical miles/240,760 kilometers, reaching 44 cities and 18 countries over seven months, a test of the aircraft’s reliability and maturity.

To date, the G500 has achieved more than 35 city-pair speed records.

« The World’s Best Turboprop – Better Than Ever: Pilatus Reveals the PC-12 NGX
ACJ and Sabena technics to co-operate in Self-Protection »