Norwegian to increase USA flights from Ireland and Scotland this winter 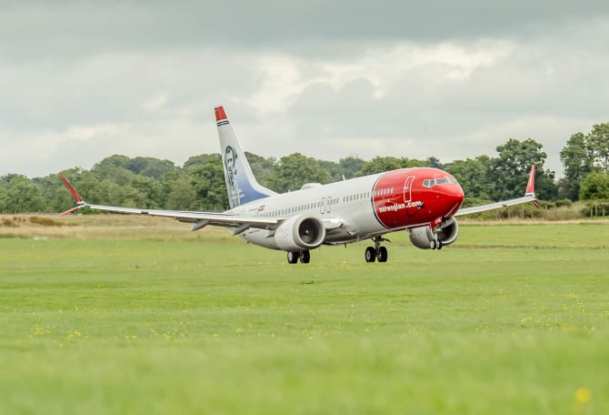 Norwegian is increasing flights from Edinburgh, Dublin and Shannon airports to the USA during the winter season. The newly added flights will give consumers more affordable choice for travel to the US east coast and are available to book now from €129/£149 at www.norwegian.com.

Europe’s third largest low-cost airline launched a series of transatlantic routes from Edinburgh, Belfast, Dublin, Cork and Shannon last summer to the US east coast. Norwegian operates brand new Boeing 737 MAX aircraft with up to 189 seats to service the routes which serve smaller airports on the US east coast. These airports give passengers more affordable access to the New York and Boston areas in addition to tourist attractions in New England.

From 28 October, Norwegian will commence an increased winter 2018 schedule with the following added flights:

At Dublin Airport, Norwegian will continue its increased summer schedule to New York Stewart International Airport and Providence into the winter season with a double daily service and daily service respectively. Fares are now available from €129 to Providence and from €139 to New York.

The airline will use 737 MAX aircraft that are currently based at Dublin Airport, New York Stewart International and Providence airports to service the winter increases. These existing aircraft are being used to operate the current summer schedule at Dublin Airport.

At Shannon Airport, Norwegian will deliver a daily service to New York Stewart International Airport this winter as the carrier increases its flights from two a week from the previous winter. Fares are now available from €139.

Norwegian will use existing aircraft based at New York Stewart International Airport to service the increased New York route which are being used to operate the current summer schedule at Shannon Airport.

Norwegian will maintain daily transatlantic flights at Edinburgh Airport this winter by increasing the New York route to a daily service, up from three flights a week in the previous winter. Fares are now available from £149.

Thomas Ramdahl, Chief Commercial Officer at Norwegian said: “Consumers can now benefit from more high-quality flights to the USA this winter as we focus on boosting services that reflect strong passenger demand.

“We’re giving passengers on both sides of the Atlantic more affordable choice, so we’re delighted to increase the number of flights that brings the US east coast closer to Ireland and Scotland this winter.”

Norwegian also operates the first transatlantic flights in Cork Airport’s 50-year history with a three-weekly service to Providence and the only nonstop services from Belfast to the USA in the busier summer season. Flights from Cork to Providence and Belfast to New York will continue through October and have been received positively by travellers on both sides of the Atlantic. Norwegian will continue to assess its route schedule for summer 2019.

Norwegian is the world’s sixth largest low-cost airline, carrying around 30 million passengers per year to more than 150 global destinations. The airline has around 150 aircraft in its fleet with an average age of 3.6 years, making it one of the world’s youngest fleets – the airline also has more than 150 additional new aircraft on order.