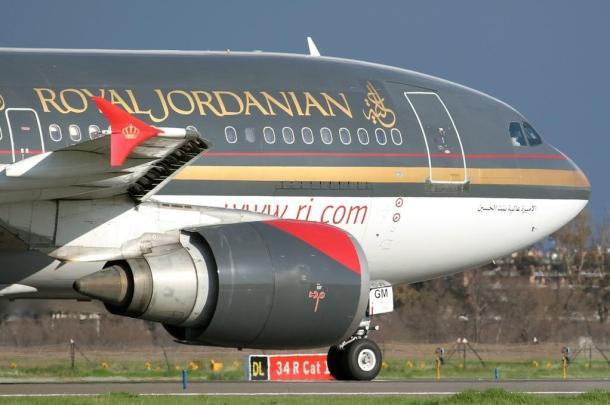 On Dec. 15, 1963, RJ was established by a Royal Decree issued by His Majesty King Hussein, as the national air carrier of the Hashemite Kingdom of Jordan.

Upon issuing the decree, King Hussein said: “I want our national carrier to be our ambassador of good will around the world and a bridge across which we exchange culture, civilization, trade, technology, friendship and better understanding with the rest of the world.”

Royal Jordanian shares started being listed on the Amman Stock Exchange in December 2007, after it privatized; Jordanians own majority shares and the company maintained its role as the national carrier of Jordan.

Ever since its establishment, RJ has been an essential contributor to the national economy, bringing in hard currency and playing a key role in attracting tourists from all over the world. It contributes 3% of the country’s GDP.

Royal Jordanian’s 52-year journey has been one of constant progress; during this time, it modernized its fleet, expanded its route network, trained human resources for more efficient work and updated its IT systems.

RJ continues its forward stride under the invaluable guidance of and directives from His Majesty King Abdullah, who generously lends support to the airline.

Royal Jordanian has a vision “To be the Airline of choice connecting Jordan and the Levant with the world”. It reaches 56 direct destinations on four continents on its 27 young aircraft.

Its headquarters are located in the heart of the capital, Amman, and its flights are operated from Queen Alia International Airport, with its vastly improved infrastructure and cutting-edge facilities. Royal Wings, an RJ subsidiary company, is dedicated to charter business.

The airline’s policy has been to renew its fleet of aircraft; in 2014, it introduced the first five Boeing 787s dedicated to long- and medium-haul routes. Two more 787s will join the fleet by the end of 2016 and a last one in 2018.

Due to its reputation and in view of the international level of competitiveness, Royal Jordanian joined the oneworld airline alliance in 2007. The 14 international RJ partners that are members in the alliance offer RJ passengers the possibility to fly to more than 1,000 cities in 150 countries from/to Amman with one stop only.

RJ is keen on introducing advanced, state-of-the-art operating systems that are used across the air transport industry, staying on par with global airlines. Other facilities are constantly introduced by RJ to make travel easier for its passengers, who in 2015 reached three million and were carried on 36,000 flights.

Competitiveness of Royal Jordanian:
Royal Jordanian enjoys a leading position, both internationally and locally, due to the great services it offers its passengers.

As the national carrier of Jordan, RJ plays a strategic role in serving the kingdom, reinforcing its image as a secure and politically stable country. This makes Royal Jordanian an airline of choice for the majority of Jordanians flying to different destinations, either on its direct route network or on the network served by the oneworld alliance.

RJ distinguishes itself through its young fleet of aircraft, which averages five years, and through the top-notch services it offers its passengers.

Its clean safety record, which has become its strong trademark, puts RJ in a reputable position globally.

The human resources are the airline’s biggest asset; they have the highest level of qualification and expertise in their different areas.

The first pillar focuses on the route network and the fleet. The company took the decision to close eight destinations due to their poor feasibility: Delhi, Mumbai, Colombo, Accra, Lagos, Milan, Al Ain and Alexandria. It has suspended operations to eight other cities for security reasons. They are: Damascus, Aleppo, Mosul, Tripoli, Benghazi, Misurata, Sanaa and Aden. At the same time, RJ phased out a number of aircraft and introduced five new Boeing 787s.

The second pillar of the plan involves boosting the local market share and growing by directly increasing the number of passengers from and to Jordan and through increasing the transit traffic via the kingdom.

Revenue management is the third pillar of the plan. The company has taken a number of measures to boost revenue, with a focus on ancillary revenues, which is the fourth pillar.

The fifth pillar is the efficient use of fuel in order to lower the cost. The company is implementing a number of initiatives that reduce fuel consumption, including continuously renewing its fleet and negotiating with fuel suppliers to obtain best prices.

The sixth pillar involves an analysis of the aircraft ownership structure. The company will study the best ways to meet its needs and achieve its interests in regards to the operational and capital lease.