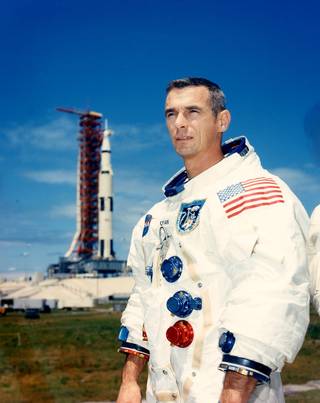 Media cameras will not be permitted in the church, however, there will be a designated media area outside. Please note, there will be no interviews with special guests.

Cernan left his mark on the history of exploration by flying three times in space, twice to the moon. He also holds the distinction of being the second American to walk in space and the last human to leave his footprints on the lunar surface.

For more information about Cernan’s life and legacy, visit: