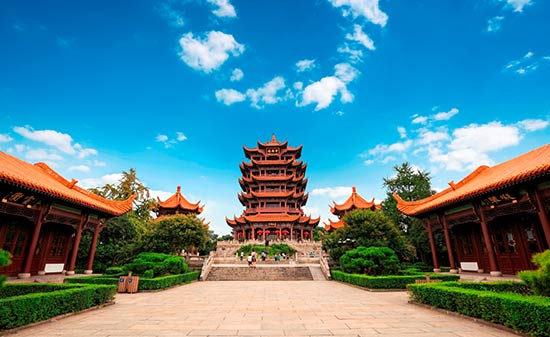 This exciting route will be operated on the Airbus A330-300 aircraft with a capacity of 377 seats inclusive of 12 award-winning Premium Flatbeds.

Benyamin Ismail, CEO of AirAsia X Berhad said, “I am thrilled to offer this special promotion for our guests on this direct flight connecting Kuala Lumpur to Wuhan, which is exclusively operated by AirAsia X Berhad. Together with our short-haul affiliate AirAsia, we are the largest foreign carriers into China, and Wuhan will soon be a virtual hub for the AirAsia and AirAsia X Groups as it is set to receive 32 weekly flights coming from Kuala Lumpur, Kota Kinabalu, Bangkok and Phuket.”

“China is a segment that continues to record encouraging progressive performance every year and will remain to be the focus in AirAsia X’s network expansion strategy. We are committed to maintain the positive growth in this core market as well as developing innovative products and services to meet the discerning needs of our guests. We wish to express and to put on record our sincere gratitude to Malaysian and Chinese governments, tourism bodies and airport authorities who have rendered us tremendous support in facilitating our continuous growth in this key market,” added Benyamin.

All-in-fares start from RM199* one-way for standard seats, and from RM699* one-way for the award-winning Premium Flatbeds, and they are available for booking from now until 22 January at airasia.com for the travel period of 22 March to 28 October 2017. These specials fares will also be available on AirAsia’s mobile app on the iPhone and Android devices.

The AirAsia Group currently operates 409 weekly flights across 45 routes to 17 different destinations in China from various Asean cities. In just 2015 alone the airline groups have carried over 5 million guests in and out of China, making the airline groups the largest foreign carriers in China.

Wuhan is the capital city of the Hubei province and the most populous city in Central China. This sprawling city is the gateway to many historical sites such as the Ancient Chibi Battlefield, also known as the Red Cliffs which was depicted the epic war during The Three Kingdoms dynasty; Enshi Grand Canyon, a natural site with unparalleled views; and the Yandi Shennong Mountain, one of the best preserved primeval forest zones in China. In the city itself, visitors can also marvel at the Yellow Crane Tower, an ancient tower which has been destroyed and rebuilt multiple times but still maintains its old world charm; stroll along Wuchang lake – the largest lake within a city in China, or sample delicious Hubei cuisines for a complete Wuhan adventure.

*Promotional all-in-fares quoted are for one-way travel only inclusive of taxes and fees. Terms and conditions apply.