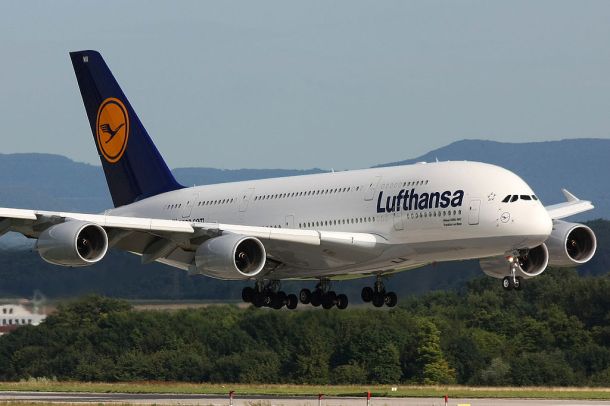 The Lufthansa Group has been involved in climate research for 20 years. During this time, a number of Lufthansa passenger aircraft have been operating as “flying laboratories” with the aim of analyzing the composition of the middle atmosphere, without generating additional emissions in the process. The aviation group is a pioneer in this field and has made significant contributions towards improving weather forecasting and climate models.

Lufthansa began conducting atmospheric measurements on board two Airbus A340-300s in August 1994 as part of the MOZAIC (Measurement of ozone, water vapor, carbon monoxide and nitrogen oxides aboard Airbus in-service aircraft) project. In the intervening period, the airline has completed more than 24,000 such flights and collec ted comprehensive data on the levels of ozone, water vapor, carbon monoxide and nitrogen in the earth’s atmosphere. This data enables scientists to refine existing climate models and improve weather forecasting models. It has also been used to build up the only database worldwide of water vapor and ozone measurements. Preparations for the first MOZAIC flights took about one year, and during this phase the measuring instruments were developed in collaboration with Lufthansa.

The Lufthansa Group is also involved in the follow-up project, IAGOS (In-service Aircraft for a Global Observing System). The first IAGOS system went into operation on the Lufthansa Airbus A340-300 “Viersen” in 2011. Since then, the specially developed in-flight measuring devices have routinely collected atmospheric trace elements on a large scale, worldwide. After each landing, the data is read, processed and analyzed.

The Lufthansa Group supports two further climate research projects: CARIBIC (Civil Aircraft for the Regular Investigation of the atmosphere Based on an Instrument Container) and AMDAR (Aircraft Meteorological Data Relay). For CARIBIC, the Lufthansa Airbus A340-600 “Leverkusen” is equipped once a month with a special measuring container. At cruising altitude, the airborne climate research laboratory performs measurements of 50 different trace elements and greenhouse gases as well as aerosols. This data is then made available to the scientific community. As part of the AMDAR program, more than 300 Lufthansa aircraft collect data for daily weather forecasts during each flight.

Global climate change is one of the biggest challenges facing mankind. Reliable forecasts about climate development in the future are therefore vitally important. In order to improve the requisite climate models, it is essential to make constant comparisons between the models and reality. With more than 300 destinations around the world, Lufthansa’s route network provides ideal opportunities for doing so.

« Airline to upgrade aircraft to a Boeing 777-300 as of October 1.
Singapore Airlines To Operate Seasonal Services To Sapporo. »