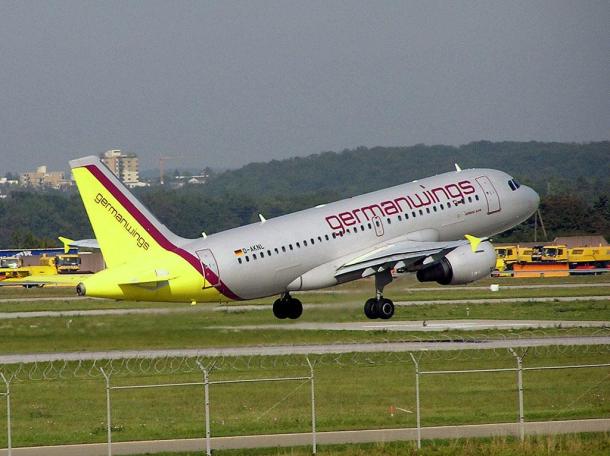 Lufthansa and Germanwings increase capacity together

Lufthansa and Germanwings are marginally expanding their services in the forthcoming winter flight schedules. Their joint capacity in terms of available seat-kilometers will increase overall by 1.1 per cent. This growth is attributable to the deployment of larger aircraft. In combination with Germanwings, Lufthansa is offering customers an even wider choice of destinations totaling 211 in 81 countries. Of the total, Lufthansa is serving 199 destinations on its own, while Germanwings is counting services to 64 destinations in Europe, the Middle East and North Africa. In the coming winter, Lufthansa and Germanwings flight attendants will be welcoming passengers aboard on a weekly total of 12,162 flights. Worldwide, statistically, a flight by Lufthansa and Germanwings will be taking off on average every 50 seconds. In total, the group of airlines (Lufthansa, Austrian Airlines, Brussels Airlines, Germanwings and Swiss) will be serving a total of 274 destinations in 106 countries on four continents besides offering numerous codeshare flights along with their own services. Week-in, week-out, the Group airlines will be carrying passengers on 19,798 flights comfortably and reliably to their destination. The new winter timetable runs from Sunday, 27 October 2013 to Saturday, 29 March 2014.

To Shanghai, Chicago and Mexico City with bigger aircraft

The two highly modern flagships in the Lufthansa long-haul fleet, the Airbus A380 and the Boeing 747-8, will be deployed on further connections in the winter flight schedules. The A380 has already been flying five times a week from Frankfurt to Shanghai since the end of September. Also since September, the B747-8 has been operating on the Frankfurt–Mexico City route. The Queen of the Skies will also commence flights from Frankfurt to Chicago when the winter timetable comes into force.

In addition, services will be increased to daily flights on connections from Frankfurt to Philadelphia on the US East Coast and to Dammam in Saudi Arabia in order to accommodate growing demand.  Lufthansa will again be flying as usual nonstop in winter from Munich to Cape Town. This seasonal destination is highly popular especially among holidaymakers exploring the delights of the South African city and the nearby coastline.

With Lufthansa to Sochi

When the Olympic flame is lit in Sochi in Russia heralding the opening of the 2014 Winter Olympics and Paralympics, Lufthansa will be flying fans and competitors nonstop to the Black Sea on a special connection set up for the winter games. This dedicated connection will be operated from 24 January to 17 March by an Airbus A321. Winter sports enthusiasts will be able to fly comfortably and nonstop to the Olympic arenas and skiing events up to five times weekly in just three-and-a-half hours.

Transfer to Germanwings in Hamburg and Berlin

More of the Lufthansa point-to-point flights in Europe will be transferred to Germanwings in the forthcoming timetable as the switch is continued in the winter flight schedules. Germanwings with its newly and attractively priced services is taking over all Lufthansa connections in Europe, which are not operated through the Frankfurt and Munich hubs. According to present plans, flights to 23 of the previous destinations previously served by Lufthansa out of Hamburg and Berlin will be flown in winter by Germanwings. Each of the connections will be transferred successively. In the coming months, the following routes from Hamburg will be taken over by Germanwings:  Amsterdam, Birmingham, Budapest, Geneva, London, Madrid, Milan, Manchester, Oslo, Paris, Stockholm and Zurich. The transfer of flights from Hamburg will be completed by the end of the winter flight schedules at the end of March 2014. Passengers on flights from Berlin will be able to fly with Germanwings in winter to Birmingham, Bologna, Bucharest, Geneva, Helsinki, London, Málaga, Nuremberg, Rome, Milan and Vienna. The transfer of all direct services will be completed in the course of summer 2014. Lufthansa’s direct flights from Dusseldorf will be taken over by Germanwings, as planned, in the summer timetable 2014. Once the transfer has taken place, Lufthansa passengers, who have already booked flights, will automatically be rebooked on Germanwings.

Lufthansa offers customers a wide choice of flights in a global network, while subjecting its services to regular checks to assess them on a cost-effective basis. Top priority is given to the stability of flight schedules. All the same, adjustments are not always unavoidable. In the present instance, Lufthansa is therefore discontinuing on economic grounds the connections to Libreville/Gabon and Pointe Noire/Republic of Congo at the turn of the year 2013/14.

Lufthansa is making travel planning even easier for its customers. As a first in the industry, the airline is offering passengers a new online planning tool – the “Journey Planner“ – for them to detail their route easily from door to door, including the use of diverse transport options. Alongside the Lufthansa flight schedules at www.lufthansa.com/door-to-door, users of the tool can view all other transport options to and from the airport, be it by train, by car, ferry, on the underground or on foot. For people traveling from Cologne Cathedral to New York’s Central, the Journey Planner has all the details on how to get from A to Z. Aside from flights operated by airlines in the Lufthansa Group, the new online journey planning tool offers information on the timetables of more than 600 urban or public transport systems as well as those published by rail and shipping companies. Intermodal travel, utilizing diverse modes of transport, ranks high at Lufthansa.